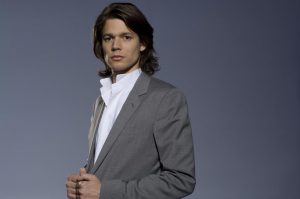 Described by the press as the “perfect example of a thinking musician” (Die Welt),  winner of the prestigious German Echo Klassik Prize for the recording of his Bach performances, French pianist David Fray stands out today as one of the most original classical music players, who continues to thrill audiences worldwide as a soloist and recitalist.

This season, the Théâtre des Champs Elysées presents a Bach cycle with David Fray performing the concerti for two, three and four pianos, Sonatas with Renaud Capuçon and Goldberg Variations.  Mr. Fray returns to North America with the Chicago Symphony, the New York Philharmonic, the Dallas Symphony and the National Arts Centre Orchestra. He gives recitals in Amsterdam, Budapest, Dresden, Milan, Istanbul and tours South Korea and Russia. He partners again with the violinist Renaud Capuçon for a series of duo recitals throughout Europe. Orchestral collaborations include the Leipzig Gewandhaus Orchestra, the Vienna Radio Symphony and play-directing the Casa da Musica Orchestra in Porto. In recent seasons, Mr. Fray toured Asia with the Dresden Philharmonic and Michael Sanderling, debuted with the Vancouver Symphony Orchestra and in recital at the Prague Spring Festival.