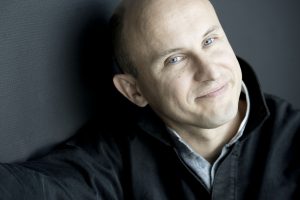 Nelson Goerner’s CD releases include repertoire by Chopin, Rachmaninov, Liszt, Brahms, Debussy (for which he won Diapason d’Or of the year in 2013), Schumann and Beethoven.

Nelson Goerner has a strong connection with the Mozarteum Argentino in Buenos Aires, and also enjoys a long association with the Chopin Institute in Warsaw, where he is a member of the artistic advisory committee.