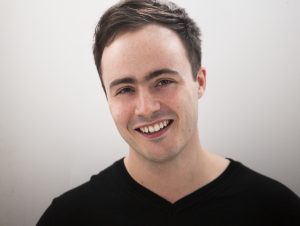 British conductor Ben Gernon is praised repeatedly for his effortless authority on the podium, his drive and command of the orchestra and his incisive, heart-felt and evocative interpretations.

Since 2017 Ben Gernon took up his position of Principal Guest Conductor of the BBC Philharmonic Orchestra and has undertaken an intense activity both together the BBC orchestras as well as with other British orchestras.

Not yet 30, he has already conducted many of the world’s major orchestras including the Czech Philharmonic, Oslo Philharmonic, LA Philharmonic and Chicago Symphony orchestras and he is now working increasingly in the opera house. He has conducted the Royal Swedish Opera, the Stuttgart Opera, while in the 2018 / 2019 season he will make his debut at the English National Opera, where he will conduct Simon McBurney’s production, The Magic Flute by Mozart.

Ben Gernon has studied at Guildhall School of Music and Drama in London, together with Sian Edwards and late Sir Colin Davis, who has had a strong influence on the young musician’s evolution.