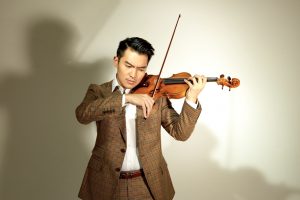 Acclaimed both for his vibrant performances in the concert hall as well as for his recordings, violinist Ray Chen manages to capture the attention of young audiences, whom he reaches online, by means of his sincerity and sense of humour. His recent recital performed at the Romanian Athenaeum last year has been a particularly pleasant surprise.

Violinist Ray Chen was born in Taiwan and raised in Australia. At the age of 15 he was accepted at the Curtis Institute of Music and has drawn international attention as a winner of the Yehudi Menuhin (2008) and Queen Elizabeth (2009) competitions.

Since 2015 he plays the 1715 “Joachim” Stradivarius violin (which previously belonged to the famous violinist Joseph Joachim), on loan from the Nippon Music Foundation.